The Official End Of Self-Attributing Networks in iOS15

Apple announced they will be stripping Facebook, Google, Twitter, and others of their status as self-attributing networks in the next version of iOS. With this change, advertisers will be able to opt in to get copies of the winning postbacks via SKAN, Apple’s privacy-preserving attribution API for iOS 14 and above. See, all mobile measurement partners “MMPs” have something called a self attributing network “SAN” – their biggest and most powerful networks – and that’s the magic word to understand the truth behind MMPs.

The way they attribute your data is very tricky when it comes to SANs. They simply send all the data to every SAN and wait for claims. The data claimed will be attributed to the SAN and everything else will go to organics. It’s even worse in the case of iOS14. MMPs now are just displaying what the SAN gives them via a dedicated API. While their over-promoted probabilistic attribution doesn’t offer a viable alternative.

This means that your MMP is not as useful. And ad networks were grading their own homework in the first place. However, this should change with iOS15. In other words, advertisers who want to will be able to directly get SKAN postbacks when one of their ads leads to an install or a conversion. Just like self-attributed networks do. This way, they will be able to see how accurately Facebook and Google are reporting the results. Developers and their measurement partners have been eagerly requesting this capability for a while. And here is Apple giving them what they want. 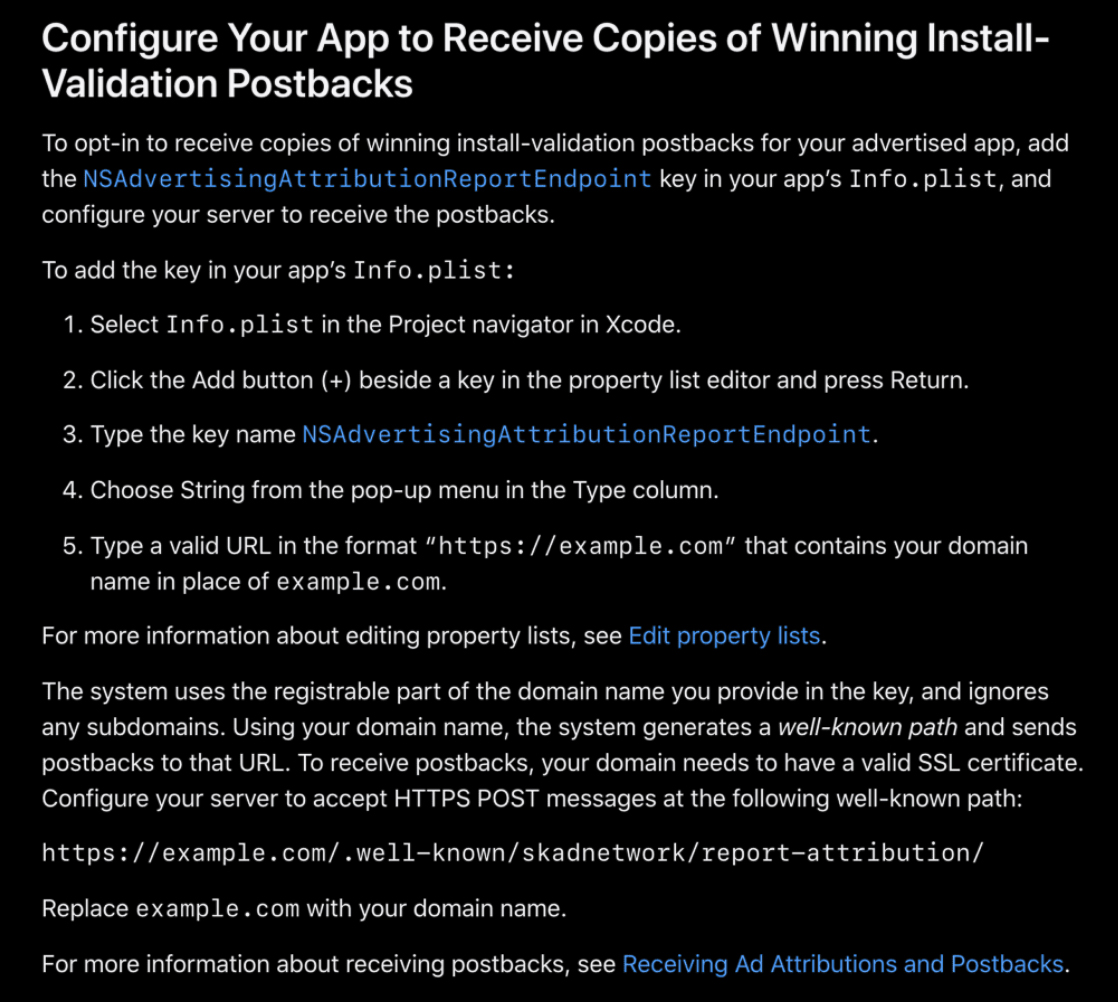 Read more: How to amplify your growth on Facebook Ads

How does the self attributing network work in iOS14 vs iOS15? 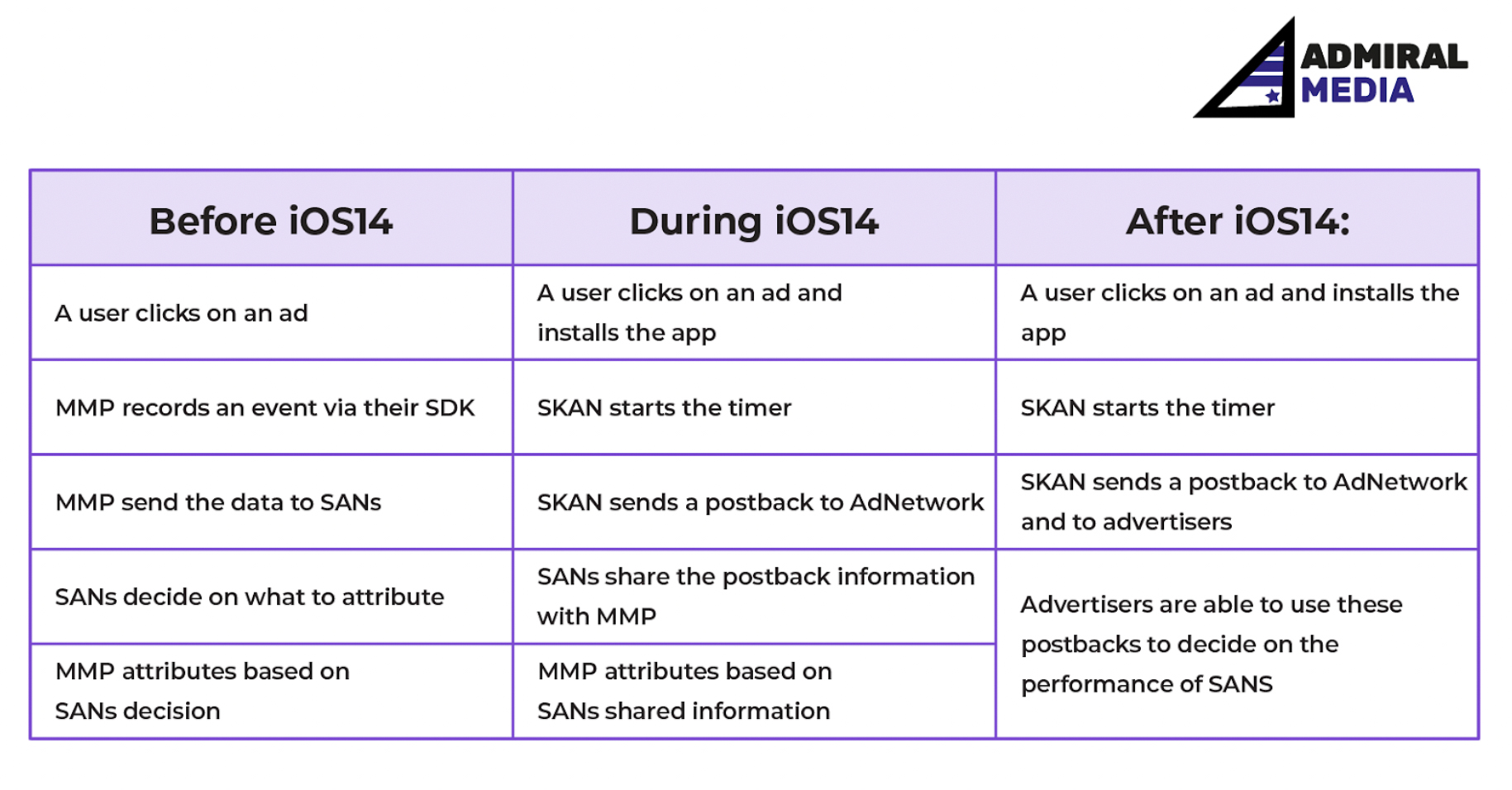 Previously with iOS 14, ad networks are the only entities allowed to receive install or conversion validation postbacks after an ad is clicked by a user. Later, the ad network then shares the campaign ID. And name with an authorized mobile measurement partner in order to validate and decode the postback.

Then with the rise of iOS14.6, Apple tweaked their SKAdNetwork mechanism to allow devices to send SKAN postbacks to multiple ad networks with an extra parameter clarifying if the ad network won this attribution or not.

But advertisers still couldn’t get their hands on any of these postbacks. Some big ad networks have taken the advantage of this to maintain control over the attribution process. Which isn’t good for advertisers. So they’re working on allocating their budget to the best-performing channels. SKAdNetwork framework prevents major ad networks. Like Facebook, Google, or Twitter from attributing their own traffic. At least for iOS devices and there is no way around the SKAN framework.

For example, Facebook has enabled the latest version of their SDK to support SKAN and Twitter and Google followed by introducing their way of supporting it. However, not every tech giant is forwarding the SKAN postbacks to their partners. For instance, Facebook doesn’t. In this way, ad giants are able to act as a gatekeeper for data coming out of SKAdNetwork. This concerns the advertisers. Ss they’re trying to maximize their ROAS by allocating budgets to the best-performing ad channels. iOS15 is solving this problem or at least a big part of it. With iOS15, advertisers are able to obtain the raw postbacks from the SKAN framework which they can then share with their MMPs.

Do these postbacks really help?

Well, to start off, these postbacks are limited in their value in the raw form of postbacks

Let’s recap some information about SKAN first. Advertisers have no control over the number of SKAN Campaigns but the framework allows 100 possible values controlled by the ad network. Then each one maps them differently based on their algorithm and to make sure they deliver the best performance for iOS14+ campaigns. However, advertisers don’t and won’t have access to this mapping which makes it even harder to build reports off these postbacks, alone. In addition to that, it’s not yet clear what role the MMP will play here, some argue that MMPs became useless.

But, let’s illustrate how the data from these postbacks will look like: 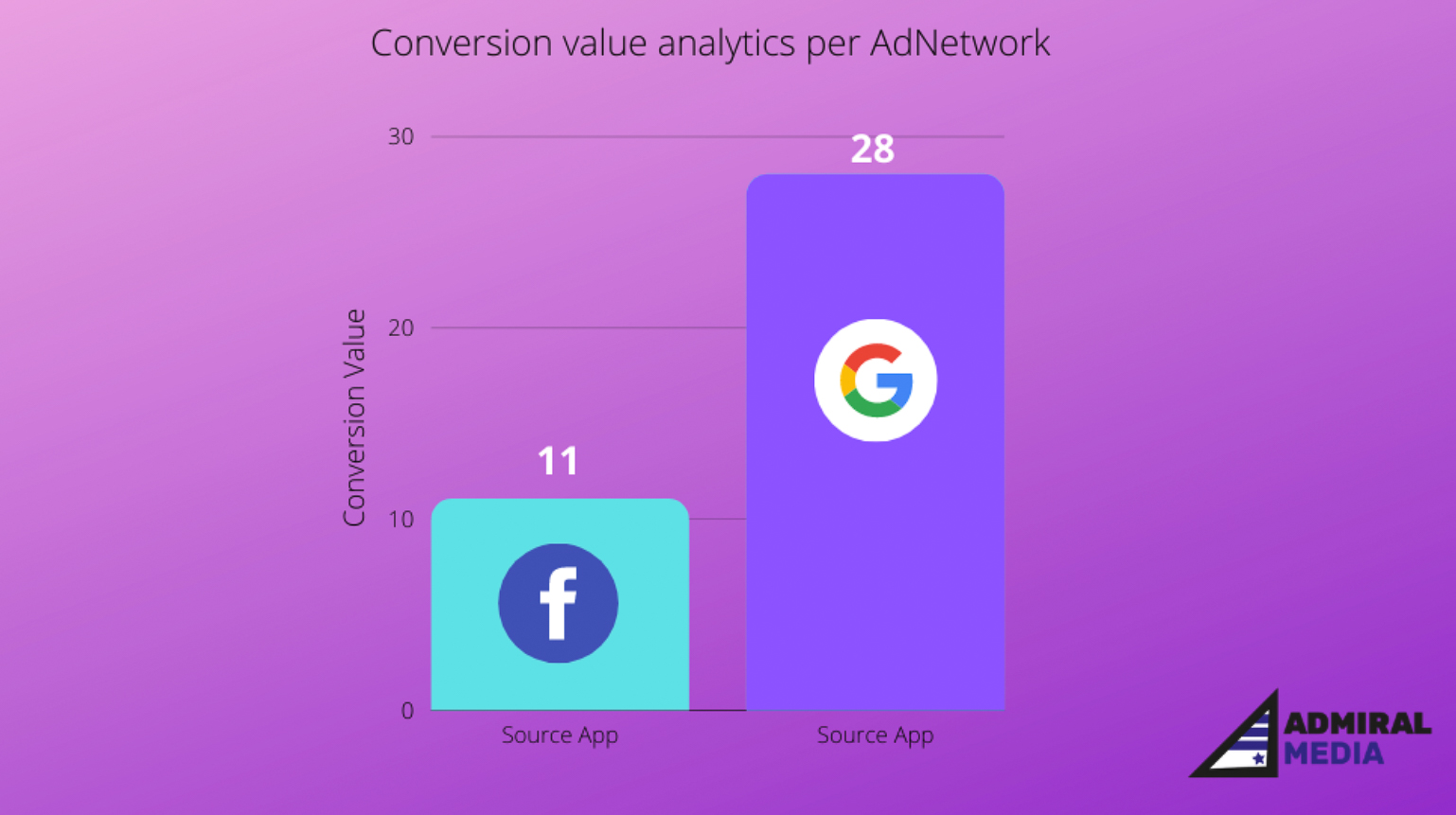 As you can see, it’s pretty useless without the mapping of the 100 campaign IDs offered by the SKAN framework, and the bad news is that Facebook, Google, Twitter, and other ad channels probably WON’T share the mapping with advertisers. The algorithms that Facebook and Google use to associate their campaigns, ad groups, and creatives to the SKAN Campaign ID are sophisticated machine learning models, and sharing them won’t be trivial. In addition to that, I believe that the SKAN postbacks will be statistical by nature because the framework has a random timer. This will make it even a harder probability that ad networks will share these mapping with advertisers.

The apocalypse started when Apple announced the rollout of what they called the App Tracking Transparency (ATT) in the form of a pop-up. This pop-up was the death knell for the IDFA and mobile marketing on iOS as we knew it. This changed how ad networks and MMPs attribute data and the power just went from ad network hands to Apple’s SKAdNetwork. Later, marketers hoped for 4 SKAdNetwork improvements adding creative ID, increasing the campaign ID limits, web-to-app attribution, and the ability to access raw/unedited postbacks.

Apple made the last wish to come to live in iOS15 but it’s not clear yet how far this will be useful to advertisers and help in making mobile marketing better in the post iOS14+ world. It would have been way beneficial if that was one of the other wishes, imagine being able to see how your creative really performed without the need to model the data to the creative level.