Skip to content
Home » New TikTok Auto Targeting feature: what is its impact?

New TikTok Auto Targeting feature: what is its impact?

Not long ago, TikTok released a new targeting option in its ad set setup. We are talking about the Tiktok Automatic Targeting feature, and of course, we got our hands dirty and tested it out in some of our client’s accounts.

So, what’s this about? It’s giving the algorithm the freedom to automatically show our ads to what it considers “relevant users”. It will optimize our targeting settings according to our advertising objective, our ads content, and it also takes into account past campaigns data, among other details – which TikTok does not specify.

You may think, ”Well… this is pretty much the same as the Broad targeting we used to have, isn’t it?”, and we won’t lie, it is pretty close to it, but with slightly different available options to define the audience, we want to target. Let’s jump into their differences!

As a reminder, in the targeting ad set options we have:

By Broad, we usually mean a big audience size, but this could have different combinations such as certain age ranges, limitations in the minimum OS versions, or even a gender restriction. However, the audiences are kept broad by choosing many of them or even not restricting the algorithm by choosing any.

I also mentioned in the above bullet points “location & languages”, those are the only options that we still have in both Custom Audience (where we are able to build a Broad audience) & Tiktok Auto Targeting features. 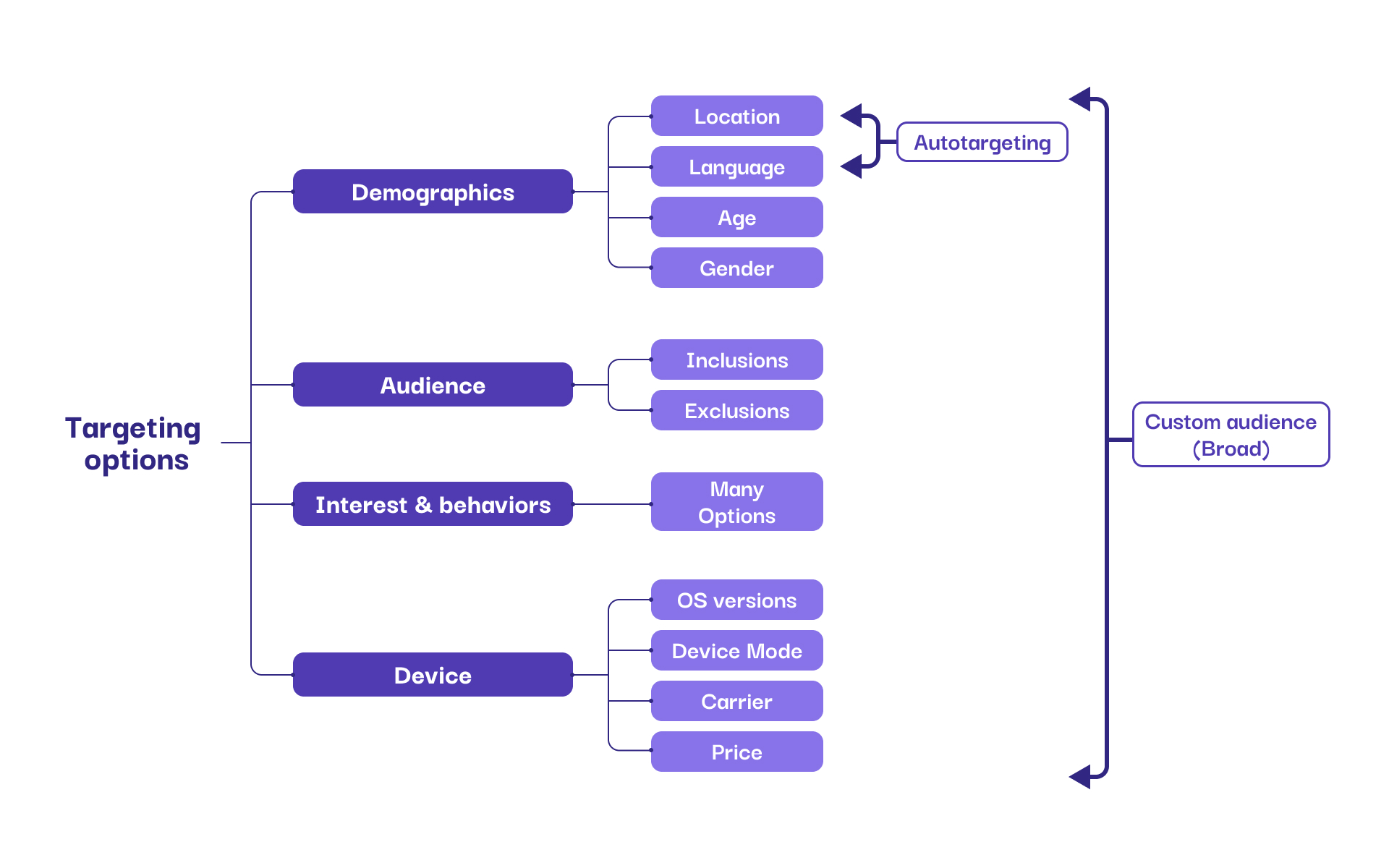 We prepared a test in different languages and both OS, Android & iOS, in order to get good quality and strong data to draw our conclusions. The structure is detailed in the chart below:

Let’s deep dive into the juiciest part, the analysis and results. For a better understanding, we will isolate each country and OS. 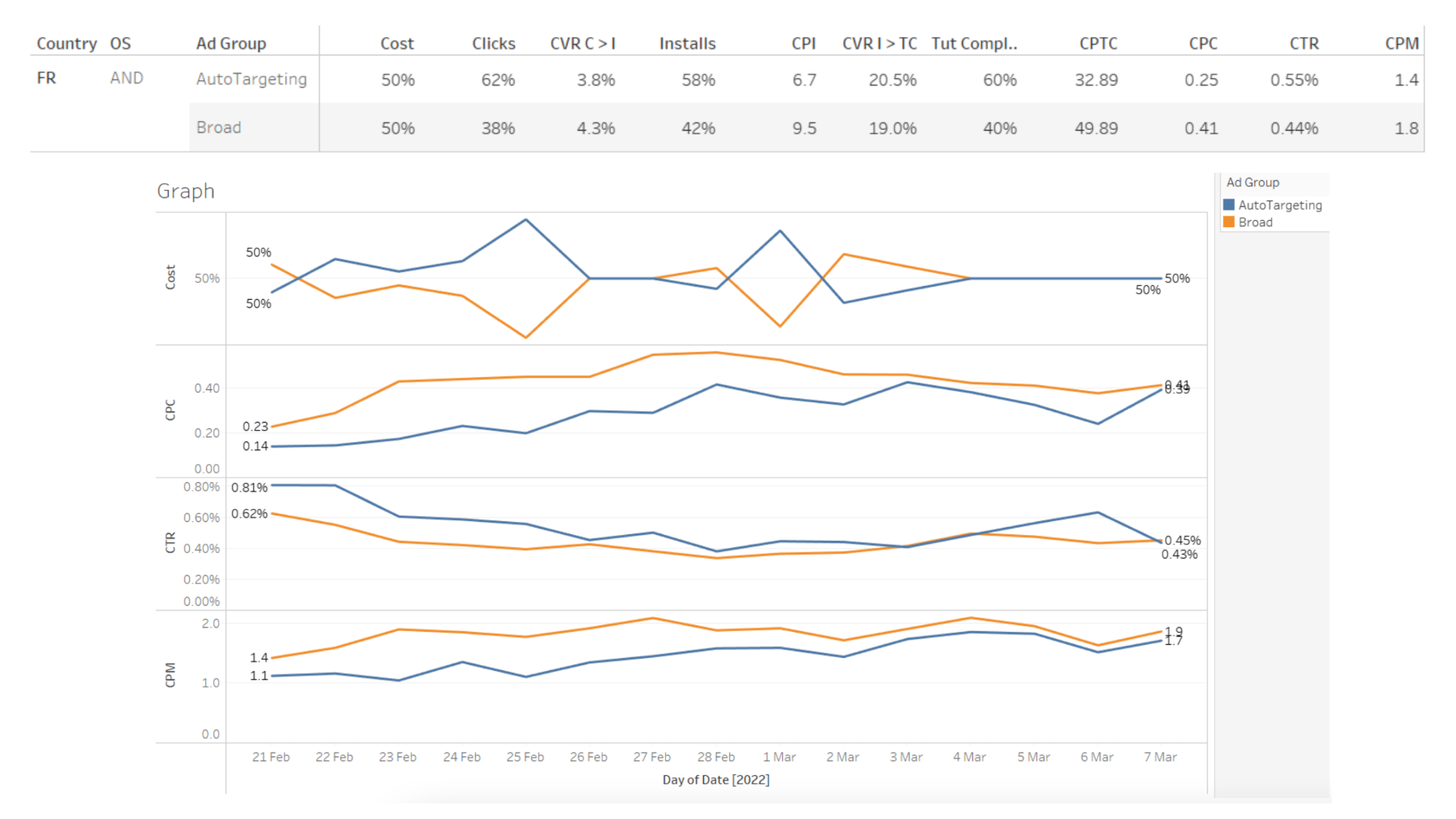 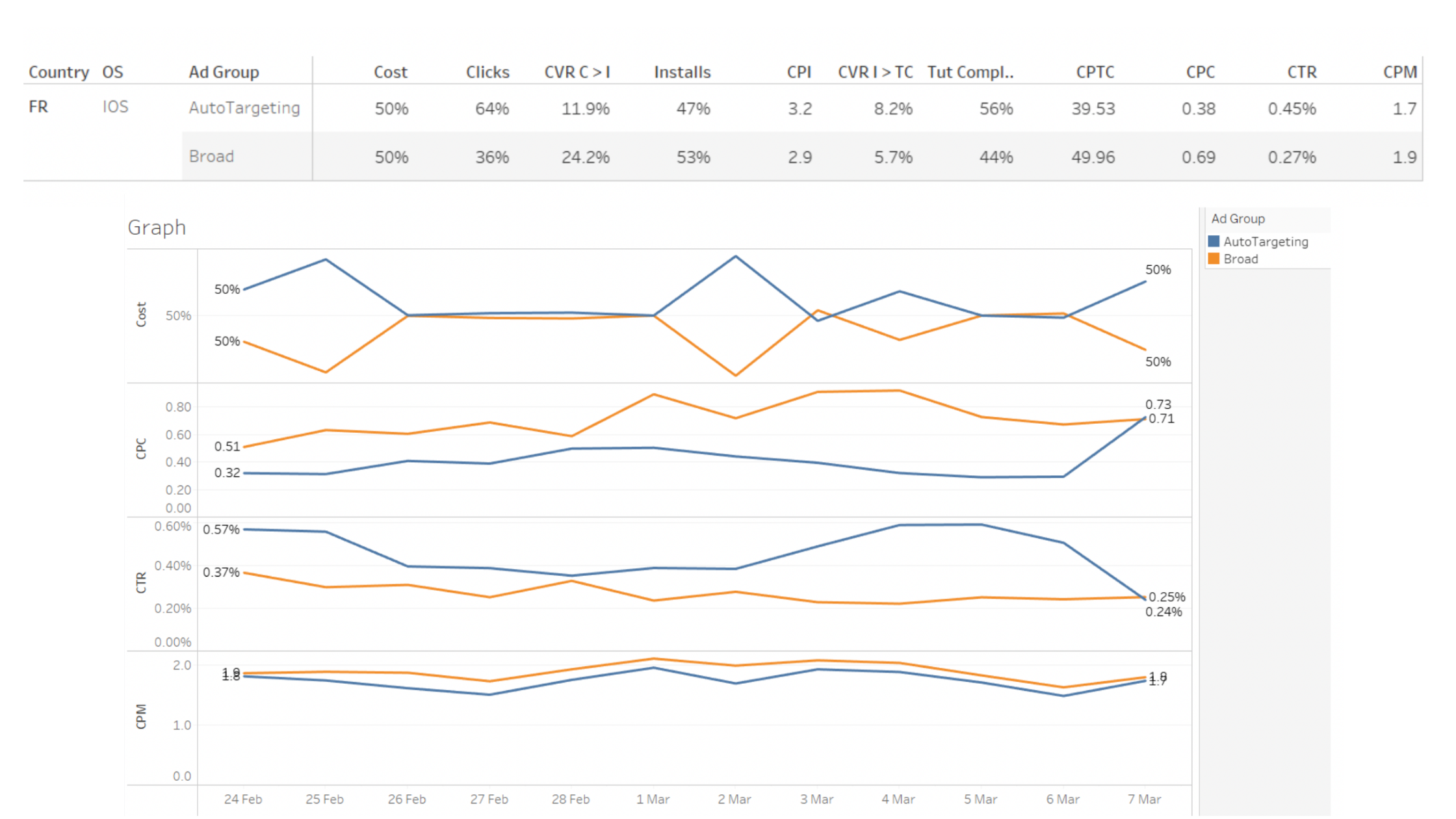 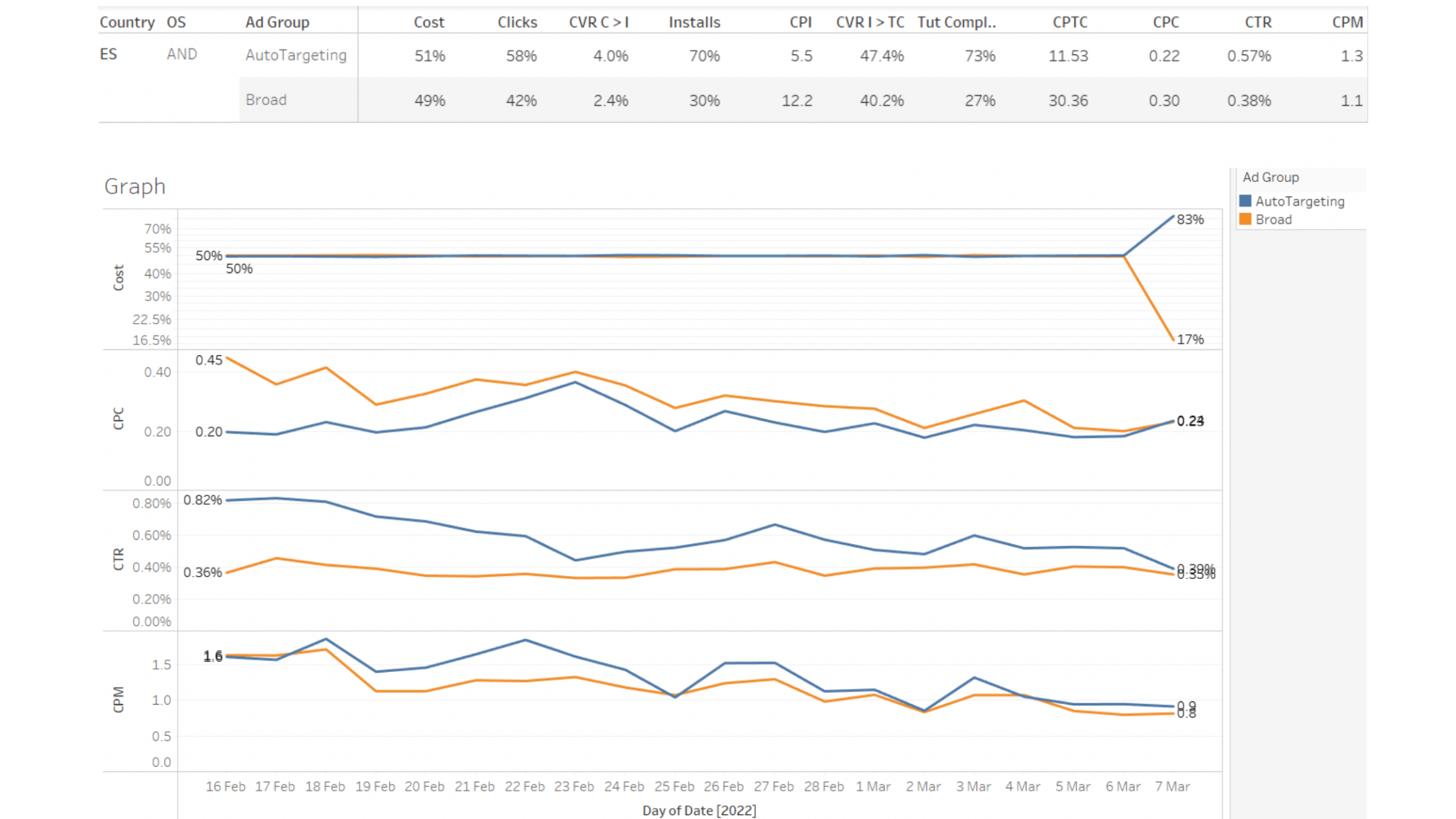 We have a clear winner, the Tiktok Auto Targeting is clearly better than the Broad one in all KPIs 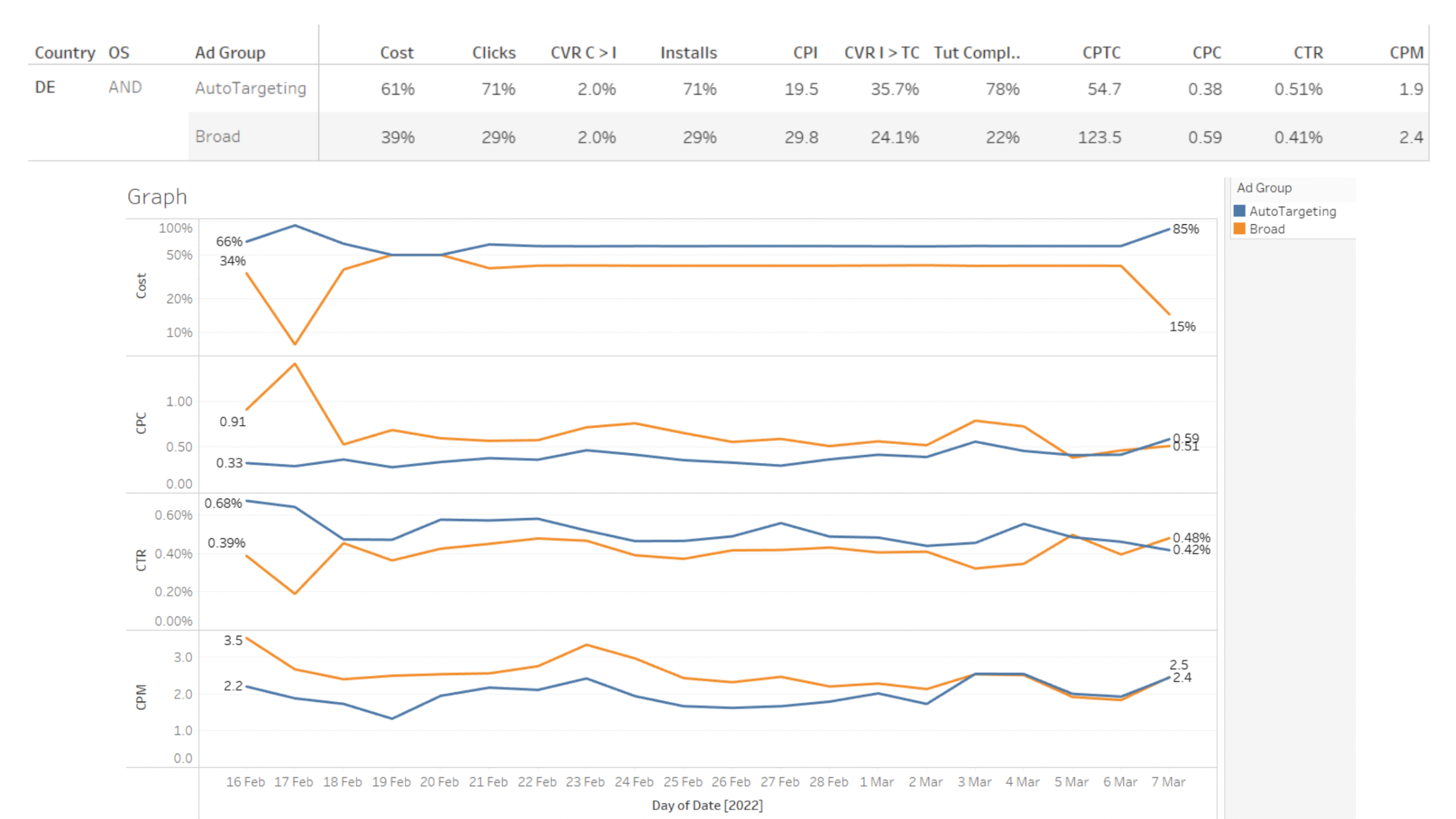 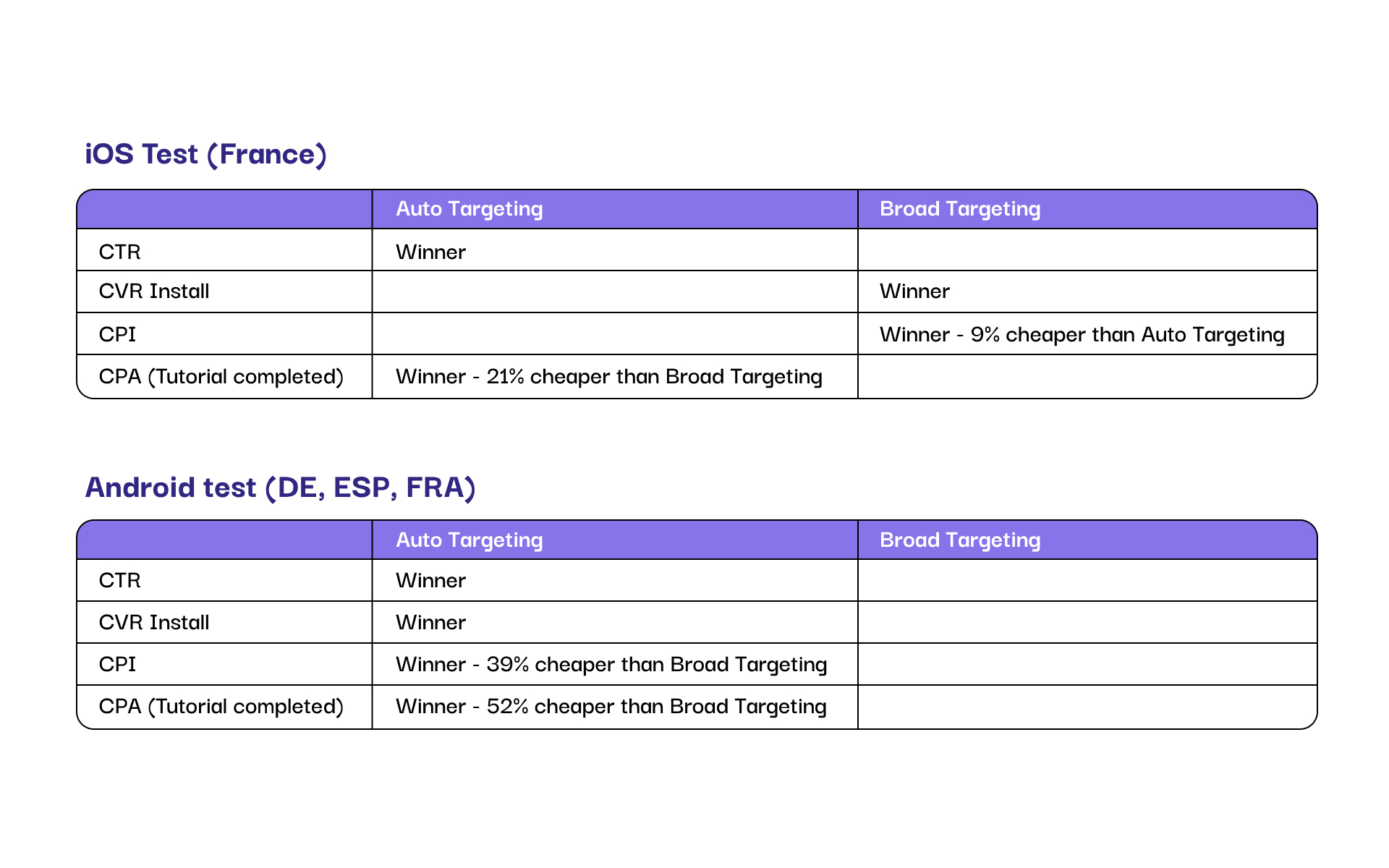 We definitely recommend launching and pushing the Tiktok Auto Targeting setup in your TikTok campaigns for Android apps. On the iOS side, we encourage you to test it and see what you get, as we still can’t pick a winner.

As we always say, monitor your audiences and check your results to make your own conclusions and takeaways, as it might differ from one app or industry to another.

For more interesting insights, check out our latest articles!